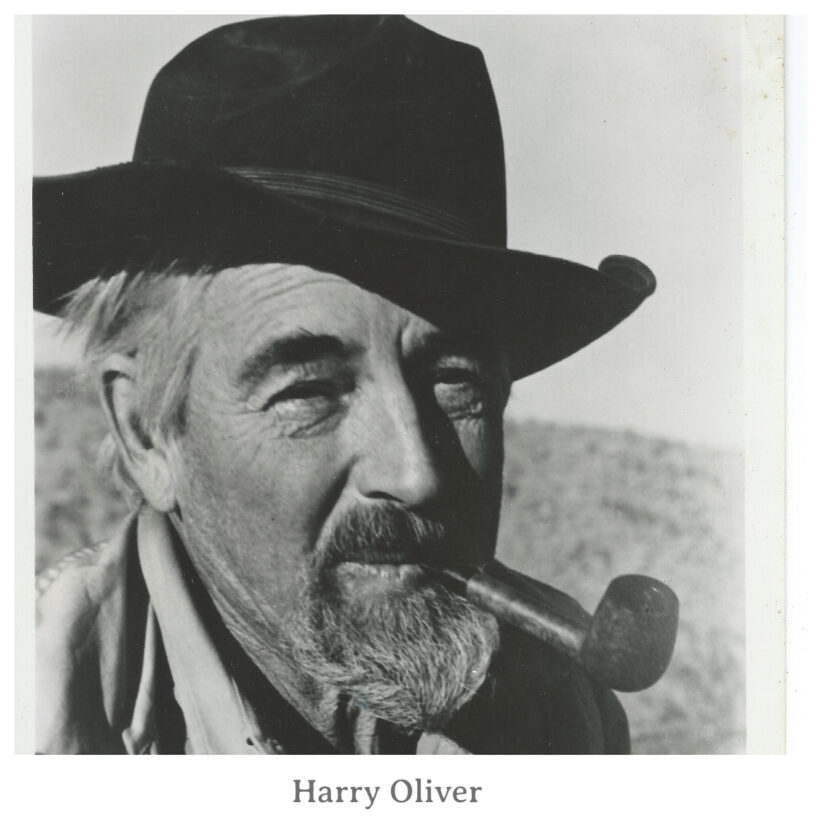 In one of his “On the Desert Since 1913” columns for Desert Sentinel newspaper, Cabot Yerxa quoted from an editorial column by another Coachella Valley pioneer: Randall Henderson, Palm Desert founder and publisher of Desert Magazine. In 1956, Cabot wrote that the excerpts below had appeared in Henderson’s publication “10 or 12 years ago.” They constituted a tribute to three of Henderson’s compatriots, desert rats who also were writers: Cabot in Desert Hot Springs and Harry Oliver and Paul Wilhelm in Thousand Palms.

My friend Harry Oliver of Thousand Palms, California, is building an adobe house, a quaint little replica of an Old Spanish mission. Harry has a formula I can recommend to those who aspire to live to a ripe old age. He calls it his 20-year plan. It is very simple. The first day he makes 10 adobe bricks, good bricks with just the right amount of adobe and gravel in them. It takes three days for the bricks to dry and cure. Harry spends the next three days in contemplation of his handiwork. On the fifth day, he carefully lays the bricks in the wall. Then he rests and is ready to start work the following day on the next 10 bricks. And thus the cycle continues. Not a very speedy way to build a house perhaps, but Harry’s theory is that too much speed is taking all the fun out of life for the majority of Americans. And perhaps he has something there.

Another desert neighbor with a 20-year plan is Cabot Yerxa, one of the old timers in the Desert Hot Springs section of Coachella Valley. Cabot very recently brought a Texas bride to his desert homestead, and now they are building a combination dwelling and art studio up in a gully at the foot of the Little San Bernardino Mountains. Cabot has been gathering materials for that studio for the last 30 years. He has lumber and chicken wire and rocks and sash scattered all over the landscape. But slowly, one stick at a time, Cabot is putting his house together; and it is going to be a work of art when finished, which will be in about 20 years — that is, if he stays on the job and doesn’t go gallivanting around with his easel and paintbrushes, as these artists are prone to do.

Harry Oliver and Cabot Yerxa are speed-demons compared with Paul Wilhelm at Thousand Palms Oasis. Paul already has been on the job 20 years, and his grand plans for the development of a super resort on the oasis are still in the dream stage. At the present rate of progress, Paul will need at least 100 years to convert his poetical ideas into cement and wood and windowpanes.

But do not get me wrong. I envy those fellows, Harry and Cabot and Paul. Somehow, they have found a way to detour all the zip and bustle and worry that keep the rest of us in a state of demoralization. They are healthy and happy in doing the things they want to do.

As far as I am concerned, it all adds up to this: We need more poets and artists in this old world and less chamber of commerce secretaries and super salesmen.

While we at Cabot’s Pueblo Museum would refrain from disparaging chamber of commerce secretaries and salesmen (super or not, as long as they are ethical), we appreciate the point Randall Henderson made in his conclusion.

As the calendar year begins to wind down, the days grow shorter (at least until the winter solstice on December 21), and a season of compressed holidays arrives, it behooves us to consider the practice of creative homesteaders and slow down the pace with which we attack things. We’re not advocating procrastination, but, rather, a measured approach to progress and, sometimes, just allowing ourselves time to reflect and dream.