The Inspiring Life of Cabot Yerxa

Cabot Yerxa was an incredible man who led a life of adventure. Born June 11, 1883, Cabot lived throughout the United States from New York to Alaska to California. He traveled the world including Europe, Cuba, and South America. He was a businessman, artist, and human rights activist with a special focus on the legal, economic, and cultural crisis facing Native American tribes.

In October 1913, at the age of 30, Cabot arrived in the Coachella Valley and began his homesteading journey with 160 acres in Desert Hot Springs. In need of water, he dug a well near his home and discovered hot mineral water right outside his door. 600 yards away he dug another well and discovered the pure cold water of the Mission Springs Aquifer. The two wells, one hot and one cold, led Cabot to name his homestead Miracle Hill. In 1941 he began building the Pueblo in its current location using materials from his original home. He worked on this home and museum until his death in 1965.

Cabot was an active artist and art collector. He built the Pueblo as a museum with the intention of displaying his impressive collection of Native American art and artifacts as well as souvenirs of his travels and his own works of art. Cabot is one of the three men who are credited with the founding of the city of Desert Hot Springs. He saw the area’s potential upon his arrival in 1913 and worked with other businessmen and entrepreneurs to develop the city. He was often referred to as “Mr. Desert Hot Springs.”

To learn more about Cabot Yerxa, his travels, and his amazing life, please join us for a tour. 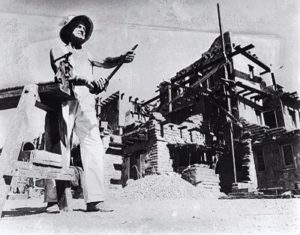 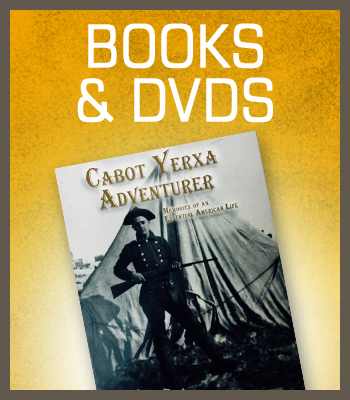 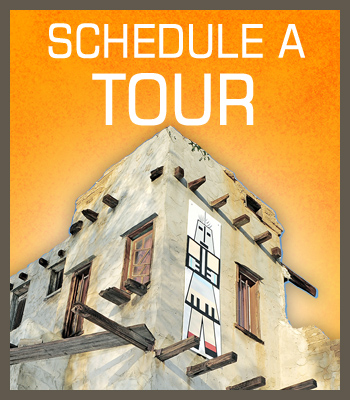