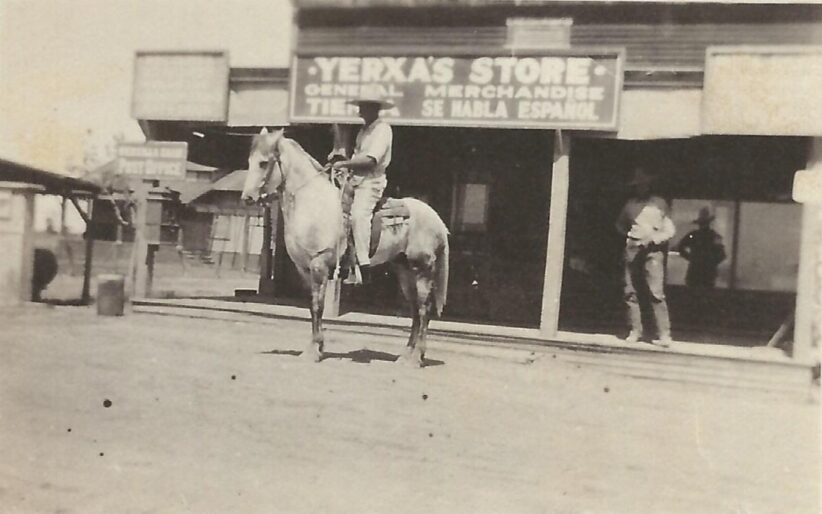 As has been established, Cabot Yerxa came to our desert in 1913. But he did not live on his homestead uninterrupted. In 1918, after he acquired title to the land, he joined the Army. When the war ended and he was honorably discharged, he opened a store in Fertilla, a few miles north of Blythe. He operated his eponymous store from 1919 to 1925, when he journeyed to Europe to study art in Paris. In Fertilla, Cabot experienced the scorching heat of a desert summer, so one cannot think he was there for the weather. The following is an edited version of a letter he wrote in July of 1921 to a relative in Boston.